After the success of the Mobility Enhancement Programme for the Siler, and subsequent retrofitting to lighter armoured vehicles as well, the Federal Army established a research battalion, the 1RB, for testing purposebuilt grav tech vehicles. The winner in the evaluation was a design now designated the XM-6, a very large anti-grav tank in two submarks, the XM6A, which mounts a rail gun, and the XM6B, which mounts a shutter-muzzle fusion cannon. Each vehicle has two multipurpose laser defence batteries reminiscent of the defence turrets on the Siler, but of greatly enhanced accuracy and lethality.

One benefit of the anti-grav tech is the ability to make a larger craft, and the hull of the XM6 is 12.5 meters long.

In development is an ADC (armoured drone carrier) version of the XM6 carrying the Slayer drone and their techs/operators.  In planning for the deployment of these vehicles it is anticipated that the use of advanced combat drones will better suit the unit's deployment than human infantry combatants, and as such the Slayer will substitute its ability to enter built up areas and perform other traditional infantry functions.

The images below show the pattern masters that will be used to make the resin castings.  It's quite a large vehicle, about 125mm long.  The images show parts breakdown as well.  In the rear can be seen the thrusters that propel the vehicle out of orbit and in space, for low orbit redeployment to the fleet.

One of the images just shows the hull from the side, it's very sleek and we will try to retain that shark-like look when the ADC is designed.  This will have launch bays/racks for the Slayer, which will be a small grav drone about the size of a human, mounting a light pulse cannon (approximately the size of a SAW) and a grenade launcher.  I considered having a traditional infantry carrier for the research battalion, but it hardly seems a step forward to have these incredibly high-tech vehicles make entry and deploy for battle only to have humans popping out of the APCs like they were hover Hanomags! The Slayer will be a sleek little kit all its own, one-piece to the extent practical.

There's also an image showing the bottom of the hull with the grav surfaces, much more advanced in tech than the crude grav plates retrofitted to the existing low-riding grav vehicles (masterfully designed to look like that by Mark Mondragon, and then replicated by Coolhand on the medium vehicles).  Our assumption is that the grav drive works by pushing against the gravity field of the planet, so when the tanks are deployed from space they free fall through the atmosphere, perhaps using their thrusters for limited manoeuvre, but then as they get closer to the planet's surface the grav drive kicks in.  The same goes for leaving the theatre after operations are complete, except the tank would then need to use its thrusters to leave the planet's atmosphere.

That's our story and we're sticking with it!

Off to the casters, hope to have them back within two months or so.... 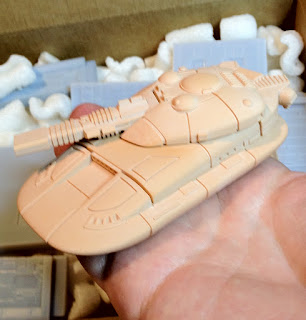 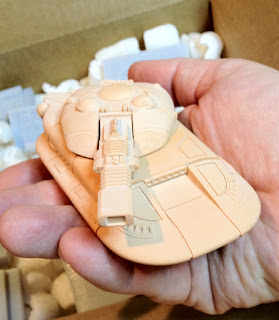 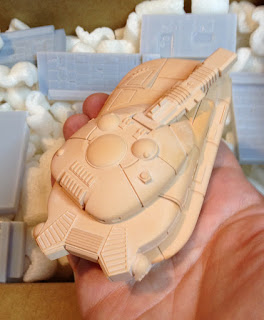 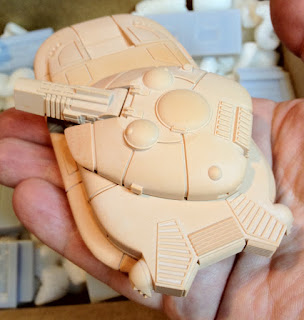 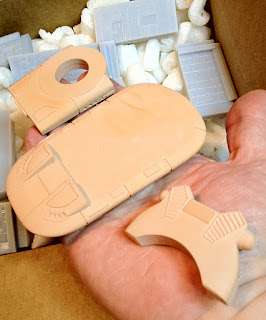 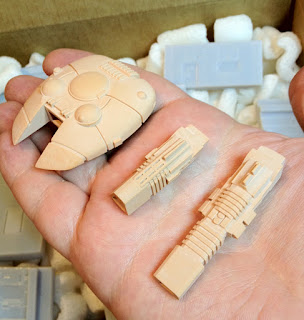 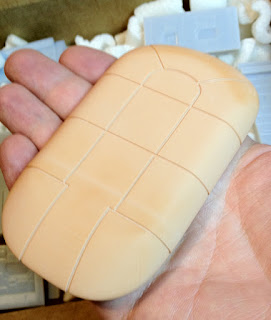 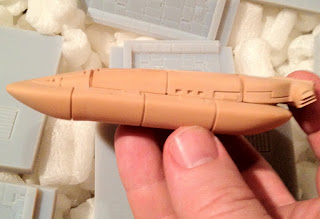 Posted by khurasan miniatures at 8:40 AM